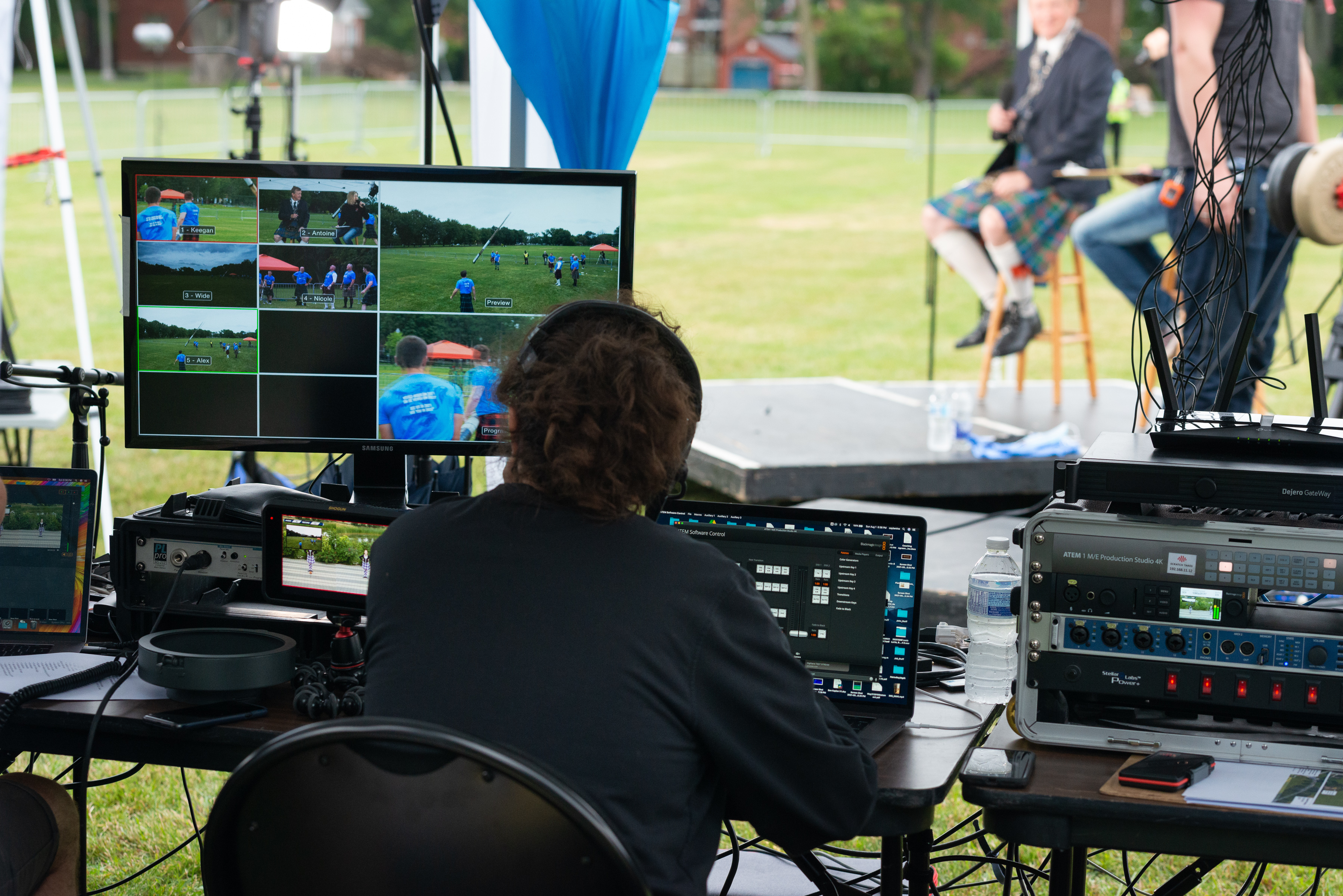 Dejero and Montreal-based multi-media production company, Scratch Takes, were behind the successful live streaming of a new world record attempt for the highest number of caber tosses in one hour during the 45th annual Montreal Highland Games earlier this month; despite limited onsite network connectivity.

“The GateWay was so reliable, it integrated into our portable workflow as if it were a wired connection - it felt as though we were connected to the venue’s fixed network,” said John Castillo, founder of Scratch Takes.

The games, which saw Jason Baines set a new world record of 161 caber tosses in one hour, took place on the grounds of Montreal’s Douglas Hospital. There was no viable access to fibre, and using a portable wireless router was not an option as this solution relies solely on one network for bandwidth, and would under-perform with the constraints of local cellular network congestion. Without a wired connection Scratch Takes did not want to leave the production and connectivity vulnerable to network outages.

“A stable connection was our primary concern at the Highland Games,” said Caylamina Roberts, producer at Scratch Takes. “We had a preconceived idea that Dejero would be out of reach but after weighing up our alternatives, we found Dejero to tick all the boxes. Not only did the GateWay offer everything we needed in terms of connectivity, it was surprisingly affordable, and the personal customer service was impeccable - it was refreshing dealing with real people who truly understood our specific needs.”

Scratch Takes’ traditional services have catered for musical production, including audio recording and mixing, video recording and editing, and live streaming - usually from fixed venues or studios. The Highland Games marked the beginning of a new era for the production company.

Castillo concluded: “Dejero has expanded our horizons when it comes to live streaming outdoor events or from venues with limited connectivity. Knowing we can tap into such resilient Internet connectivity, using the GateWay means that we now have the confidence to take on contracts that we would have previously turned down. We now have a fully-rounded proposition and we’re excited to offer our services to a broader client base.”

The GateWay also provided Internet connectivity when Scratch Takes needed to perform an urgent and unanticipated software download on site just before going live. The Dejero device is designed not only to deliver reliable connectivity for video, but also for general-purpose applications including voice and data while in temporary locations or while mobile - as well as add wireless broadband connectivity to fixed locations.